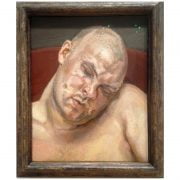 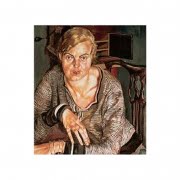 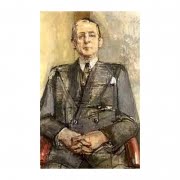 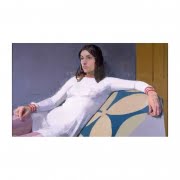 This show was a revelation to me.  I attended the Ruskin School of Drawing in Oxford at a period when it was dominated by the Coldstream emphasis on precise linear drawing from observation.  Excellent training, no doubt, but contrary to my temperament, particularly at that time when art was my only means of expression.  I became distressed and frustrated at the lack of ability to express myself in this environment. Artists who shared such an experience at the Slade School, for example,  include Patrick Heron and David Bomberg himself. 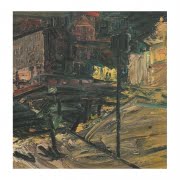 This exhibition showed that the Coldstream approach was dominant in England, but by no means definitive. Taboos were broken by David Bomberg himself who focussed on the “spirit of the mass” and subjective experience.  Many artists such as Auerbach, Kossoff and Mead were indebted to Bomberg’s classes at Borough Polytechnic. 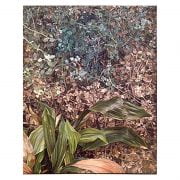 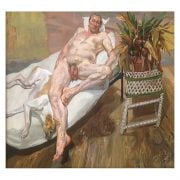 Lucian Freud worked from intense observation but eventually transcended the extreme objectivity of the Coldstream school in his sensuous handling of paint and unflinching scrutiny and humanity of his subjects. 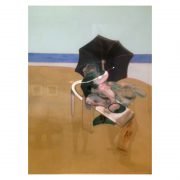 Another taboo was crossed and ignored by the self taught maestro, Francis Bacon, who distorted the figure in extreme ways and used photographic sources to express a deep sense of angst and pain at the human existence.  The Goan artist  Souza painted in a symbolic and non-representational way.

In the modernist aesthetic of the Coldstream school, formal abstract qualities of line, shape and colour were considered most important.  “Illustration” and “narrative” was frowned upon as somehow inferior, yet Kitaj and Paula Rego painted human social dynamics and stories as their subject matter. 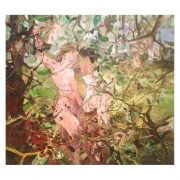 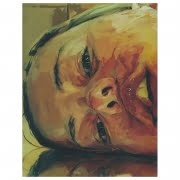 It was not until very recently that I returned to working from the life model in my attempt to improve my painting and knowledge of anatomy.  I did this because I wanted to develop my equestrian art and there is little on offer in that department.  I found myself still working in the traditional way that I had been taught.  David Bomberg termed this ideology the “hand and eye disease”, and although some artists transcended it (Lucian Freud being a prime example), many became limited by it.

It was only because of my need to express deeper feeling and different ways of working that I have recently encountered teachers and artists who think in another way.  Alan McGowan, Martin Campos and Pauline Agnew come to mind. I was amazed that the early studies had remained so powerful in my life and that I had been unable until now to work in another way, in spite of an inner energy in myself that forced me to circumnavigate this ideology.  Only by working freely with colour on fabric (well outside the artistic canon) had I been able to work naturally.

The world has greatly changed especially over the past 50 years. In Britain we have a more liberal and prosperous life.  Homosexuality is legalised,  women are far more equal in expectation and reality.  The bitterness of gay artists such as Bacon is expressed as a scream of pain and frustration in his work, but the art world of the time was also full of misogyny which made it difficult for a woman to progress.  Fashions in art also come and go.  For years figurative art was neglected and unregarded, while abstraction and conceptualism became the way to work.  Even Lucian Freud was unable to sell his work for years, but he kept going in his metier.  There are signs that the human body and human experience is becoming acknowledged again as a form of art and figurative art.

This was a marvellous and complex show, and I appreciate the curators for bringing together such diverse approaches to making art.  Apologies for the artists I have omitted.  The Tate catalogue “All Too Human” is excellent, with full illustrations and several interesting articles about this period.

Drawn in colour Degas from the Burrell Collection at the National Gallery,...

The Perfect Horse
Scroll to top